During the most aggressive months of the pandemic here in Brazil, it was precisely the money I earned as a sex worker that helped pay my rent and other bills. However, everything happened by chance, none of this was planned, when I realized I already had a loyal audience that followed me and consumed my content.

Everyone started to take off their clothes and when I saw the sizes of the dicks I was even more scared, but at that point… I had nowhere else to run, just like when my videos were leaked on the internet, I just had to accept and dive in.

The excitement aroused by the unknown, the pleasure that comes from the feeling of being vulnerable in a risky situation has always been part of my desires. One of my first experiences with another man, for example, was during high school when a stranger stopped his car next to me on the street and invited me in, when I approached, he had his dick out of his pants and made a signal with his head for me to suck.

I felt terrible fear, but at the same time an immense desire to get in the car and suck that guy. I was just a teenager starting to discover what sex was, but I already understood very well what gave me pleasure, so I got in that car and made the guy come twice while I sucking him.

Since then, many years have passed and I have had the opportunity to experience many adventures in many different places and contexts. But, when thinking about “how did I get here in this situation of being fucked by 15 men at the same time?”, I understand that the beginning of this story goes long before I received Luis’s invitation.

It refers to the beginning of the pandemic, it begins the moment I decided to publicly admit on the internet that I’m a slut. I remember well those days when several friends started sending me astonished text messages saying that they had seen a video of me on pornographic websites.

When I found out at first I froze and was very scared, then I realized out that an ex boyfriend with whom I had no contact, had created a fake account called Starseed and was posting videos of me on the internet without my permission.

It took me a long time to process that, but the damage had already been done, I just had to accept that this side of my persona had leaked out and now this was it, my hole being fucked was in the world and there was nothing I could do.

After spending so much time with this situation, living with the feeling of guilt and failure, I realized that absolutely nothing in my life had changed. I was still the same person, doing my job as a writer and academic studies at university, living my amazing open marriage with my beloved husband, and having the same best friends.

Nothing had been transformed by this exposure situation, except the monsters that came to inhabit my head. That’s when I understand that all the guilt I felt was being inflicted on me by myself. One day I woke up and said to these monsters: “fuck off!”, and that’s how I became Starseed.

Despite all my mental confusion, my leaked videos were doing quite well on the internet, and several guys were texting me because they watched and wanted to fuck me too. I didn’t think twice and just threw myself into it. I started to produce new videos, now fucking other guys besides my own husband, and suddenly in a few months I already had an audience that followed me religiously, always looking forward to my next fuck.

A new understanding of sexuality that takes into account its entire dimension as an expression of culture. I am a brazilian latino gay black guy born in a slum in Rio de Janeiro, the fruit of a culture that also involves sex. And every time I have sex, I’m also expressing my identity.

Considering that in Brazil we have been under the fascist government of Jair Bolsonaro since 2019, the worst president in our history, there is a very large wave of violence and repression stimulated by the president himself.

Parliamentarians and movement leaders are executed, all minority rights are taken away, and above all, my condition as a gay black man is criminalized. In this context, every time I have sex, every time I have sex with pride in front of a camera, I’m not just exposing my intimacy, I’m expressing my culture, reaffirming my identity, and claiming every right to exist that was given to me, taken away by fascism.

On the day of the recording, I arrived early at the location to personally meet the directors that I had only met by text messages until then. As they set the stage, the guys gradually arrived, some were very experienced actors that I already knew from the internet, others I had never seen before.

Everyone started to take off their clothes and when I saw the sizes of the dicks I was even more scared, but at that point… I had nowhere else to run, just like when my videos were leaked on the internet, I just had to accept and dive in.

And it was, with a dip in the pool that it all started when the director announced “action!”, I came back to the surface with all those guys and huge dicks around me, staring at me with their thirsty eyes.

I was slowly getting out of the pool and soon two or three of them were on top of me shoving those huge cocks in my mouth.

From then on, there was no turning back, when I saw I was on all fours on a chair surrounded by cocks, without having the slightest idea who was fucking me, I just felt one dick after another ripping my ass, punches on my back, strong hands gripping me, holding, preventing any movement that wouldn’t stay with my ass up.

There were cocks in my hands, in my throat, in my asshole, there were cocks rubbing all over my body. I could no longer see or understand who I was messing with, I just felt pain and pleasure and my ass being destroyed cock after cock.

The guys had no mercy, they grabbed me hard and started to fuck me in anger. At times I thought I was about to pass out, but deep inside an inner voice told me: “Isn’t that what you wanted, bitch? Take it!”.

And I kept repeating this to myself “Take it bitch! Kill your dick hunger! You were born for this and you know that everything that has happened in your life has brought you to this moment. Enjoy!”. And I enjoyed every second as much as I could. At the end of the day I was completely drained without strength and full of bruises that remained for a whole week, but finally I was satisfied. A dream had been realized.

A cumdump takes on 15 tops 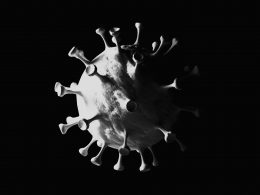 Three leading charities have today warned that sexual health clinics are in crisis over the ongoing monkeypox outbreak. 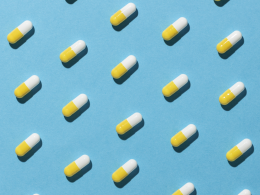 A medical study has found taking a single dose of the antibiotic doxycycline after sex significantly reduces the risk of catching chlamydia, gonorrhoea or syphilis.

With more than 12,000 cases in 68 countries, monkeypox shows no sign of slowing down. But while these numbers are growing, so too is a stigma against those who have it. 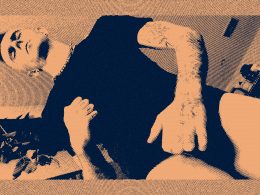