Tommy Trash’s load diary: Load #666, the number of the Beast

There’s no doubt in my mind that the horse-hung man violently fucking my hole right now has been sent by the devil to answer my prayers. He’s the 666th man to fuck me this year.

There’s no doubt in my mind that the horse-hung man violently fucking my hole right now has been sent by the devil to answer my prayers.

He’s the 666th man to fuck me this year, so it’s surely no coincidence that it feels more like a rape.

Earlier this year my owner, Paul Morris, set me a challenge to take 1000 loads in 2022. I knew when I started that load #666 would have to be something special.

After collecting load #665, my excitement rose. The next one was going to be something out of this world.

But after hours of hunting the apps and sites for the right fuck – or any fuck, as it turns out – my luck was running dry. On this one night, I got catfished – twice, dealt with a dozen timewasters, and was turned down by many of the guys I thirsted after. By 2am I was giving up hope, and then he messaged.

A German visitor to London, late 30s, muscular, and dominant. He also had a thick 10-inch cock. I gave him my address and waited. He messaged 15 minutes later: “I’m here faggot, you’re gonna regret this.”

I chose not to tell the man beforehand the significance of this fuck. I wanted him to be himself and I was curious to see what fate – or Satan – had sent me. But when he walked into my dimly-lit room and found me face down ass up, it was as if he already knew. This entire encounter would feel guided by something.

His cock was so deep, so powerful and commanding, it staked its claim on me – body and soul. I was being possessed by the very cock of Satan, at least that’s how it felt to me. Now the ordeal begins.

Everything about this man was primal and animalistic. The way he slowly stalked around my bed, taking in the view. The way he looked at me like an animal about to devour its prey. The monster cock and huge low-hanging balls that he revealed when he got naked.

There was no foreplay. No dick sucking, no groping or teasing. He climbed on the bed behind me and forcefully pushed me down flat on my stomach, spitting on his dick and spreading my legs wide apart with his own.

He clearly wasn’t going to use lube, which made me glad for the fact I lubed myself beforehand. I knew this was going to be a rough ride.

I felt the head of his huge cock start to press in at the same time he put one hand in the middle of my back and held me there, keeping me still so he could violate my tight hole without a struggle.

Yes, even after 665 cocks in one year, my hole is still tight. Teenager tight. I’ve been blessed (or cursed depending which way you look at it) with a rape hole. When a man first fucks me, my hole really needs opening up. But once he’s done so, it loosens and stretches and by the time he’s finished it’s a loose, sloppy fuck hole.

But, an hour later, if a cock tries to push its way inside… it’s right back to its original tightness. I used to hate this, I wanted a looser hole. But I now realise it’s another gift to my faggot body. Men love to rape open a tight hole, and mine lets them do it over and over for eternity.

So despite my eagerness for this horse-hung man to fuck me, it took a moment for my willing hole to give in the size of it. I could feel it stretching wider and wider as his cock got even thicker towards the base. I wriggled about a bit underneath his hand, gasping as I felt the pleasure and pain of it all but his body weight kept me in place.

Feeling his total control over me in this way – his hand immobilising my body, his cock immobilising my brain – I felt my everyday self start to be erased. Tommy began to disappear as he enabled me to become what I truly am – a low-life fuck hole faggot to be used and abused by any and all men.

His cock kept forcing its length inside me for what felt like forever until eventually I felt his balls settle against my ass. Unstoppable pure manhood. I’m only a short faggot, 5ft 5inches, and with his full length inside me he was pressing against all sorts of internal walls. It was so deep, so powerful and commanding, it staked its claim on me – body and soul. I was being possessed by the very cock of Satan, at least that’s how it felt to me. Now the ordeal begins.

He grabbed both of my hands and held them together behind my back, pressing down on them with his body weight. The violent fucking that began then had me whimpering and crying within minutes. The sensation of being extremely stretched, penetrated deep, and piston-fucked was so overwhelming I felt my brain shut down. I could focus on nothing other than the feeling of his monster cock raping my hole, there was no way to distract from it. Giving in to it – pain, rape, brutal invasion – is the true faggot’s bliss.

“Shut the fuck up and take my dick,” the man said. But I could tell he was enjoying the pathetic whimpering noises I was making, because when I made an effort to stop them, he’d deliberately pull his cock out and slam the full length back inside again to make me cry out.

He laid down on top of me, pinning my arms behind my back and wrapping his arms around my neck. One in front, one behind, both choking me and forcing my face down into the bed. I couldn’t move a muscle. His pace didn’t slow at all, it was like being fucked by a machine. There was only the sound of his animalistic grunting, my whimpering, and his balls slapping against my now truly sloppy loose hole.

Eventually he didn’t need to hold me down, my body had gone floppy from the overwhelming physical sensations of it all. I didn’t even realise he’d climbed off me until I felt his hands on my waist, pulling me up so my knees were together, face down flat on the bed, ass in the air.

He mounted me like this and fucked me like a Beast. The noises he was making were inhuman, as were the grunts of resignation my body was making. My brain was dead, shattered by being raped by a once-in-a-lifetime cock. My mind was just repeating to itself: “I am just a hole.”

I felt him blow his load at the same time as I heard it. His cock somehow stiffened even harder and felt even deeper than it had already, and there was so much warmth suddenly flooding my hole that I wondered at first if it was his piss.

And with that, he was gone.

My 666th load of the year wasn’t just a fuck, nor even just a power rape. It was an initiation. Every fuck pushes a faggot like me deeper into its true nature. A fuck like this told me that the door behind me – the way back to being a normal person – had been locked and the key lost forever.

In a paralytic daze, I watched the man get dressed. He didn’t even notice me, barely looked back. When I was able to form proper thoughts again I messaged him to thank him for the once-in-a-lifetime fuck he gifted me. He replied: “For most of that I honestly forgot you were even human.”

Fetish and sleaze: a night at London’s Hard On club

I’m pinned against the wall, a man’s cock buried deep in my hole. On either side of me… 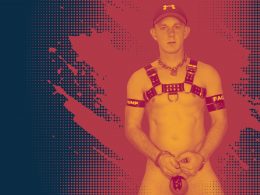 One minute I’m at the bar having a drink. The next, my rum and coke has been taken out of my grasp by a man whose hands move to my head and push me to my knees. 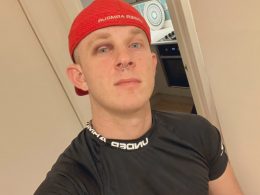 Boys will be boys… why I love my black eye

Yeah... it's quite the shiner. By now you all know I like it rough, and a particularly aggressive top enjoyed administering a good beating at the weekend. 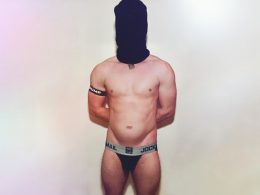 Blind auction: my night at the London Horse Fair

"Stay down, boy," growled a voice in my ear as the 14th top of the night roughly took my hole for a ride. I'm hooded and handcuffed, bent over with some random guy's hand pinning my neck down to the bed while his buddy fucks me.