Now the legendary studio is teaming up with the Hard On club to host one of the filthiest fuck parties London has seen in a decade, filled with sex, fetish and fucked-up fun.

Advance tickets for the rare club night, which takes place on Saturday October 15, 2022 from 10pm-5am in Vauxhall, London, are now on sale and can be bought via Skiddle.

As well as the usual top fetish DJs, massive dark rooms and a laser-lit dance floor, the Hard On Treasure Island Media party will be packed with extra treats.

It’s going to be one of the best fetish club nights London has seen in years. I hope to see as many people as possible getting sweaty and untamed in the darkrooms with me.

Hard On’s founder Suzie Krueger said: “It’s great to have Treasure Island Media back in London, joining Hard On to throw one of the raunchiest fetish parties we’ve held in a long time.

“Hard On birthday parties are the biggest and filthiest events of the year, so who better to share it with than the kinky guys at Treasure Island Media who always know how to get dirty and have fun.

“It’s been 10 years since Treasure Island Media’s last event with us, and what a packed-out party that was! I know everyone will have a lot of fun and I hope as many people as possible can come and celebrate with us. This one-off club night is not to be missed so get your tickets and don’t miss out.

The TIM Europe team is on the hunt for men to film as they ramp up the studio’s European production schedule into 2023.

TIM stars past and present along with the new Treasure Island Media production team will be joining the party next month ready to dance, chat, answer your questions about filming or just fuck the night away.

Tommy Trash, Head of Treasure Island Media Europe, said: “I’m thrilled to be bringing Treasure Island Media back to the UK scene and I can’t wait to celebrate with our fucked-up Hard On birthday bash. It’s going to be one of the best fetish club nights London has seen in years. I hope to see as many people as possible getting sweaty and untamed in the darkrooms with me.

It was founded in 1998 by Paul Morris to reflect his love for filming real and raw sex between men without the silly storylines. Over a quarter of a century, the studio has pioneered a no-limits approach to capturing the entire range of male sexual play.

When TIM men join the party 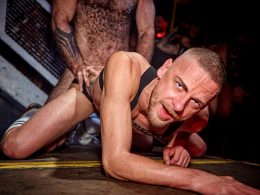 An open letter from Paul Morris to the men of Britain

On the day of Treasure Island Media's first UK sex party in 10 years, our founder Paul Morris writes to the men of Britain. 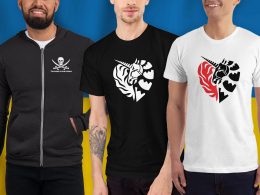 Treasure Island Media today launches a new line of merchandise in support of gay soldiers fighting in Ukraine – with 100% of profits going directly to the front line. 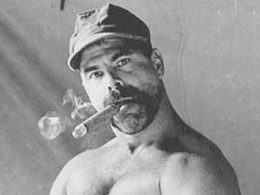 TIM News: for no-bullshit coverage of the things that matter